*UPDATE*
I have launched this discussion in a few voice teacher groups. It was very interesting to see that many colleagues – also the ones I consider to be “the smart ones” – were following the threads, because they were as confused as I was. The final conclusion is that the thyroarytenoid muscle consists of the medial thyroarytenoid muscle – also called vocalis – and the lateral thyroarytenoid.

It was dr. David Young , Resident Physician, Otolaryngology – Head & Neck Surgery at Vanderbilt University Medical Center, who has shed light on the issue of multiple terms, by clarifying that the other terms are archaic and more the domain of old anatomy textbooks. Thanks, David! 🙏

I’m leaving the original blog post here, as THIS is a very important reason of why I have created VocalDrawings.com. I want to contribute to clear and simple information that we can trust. There’s already enough confusion in the world of voice ;-) 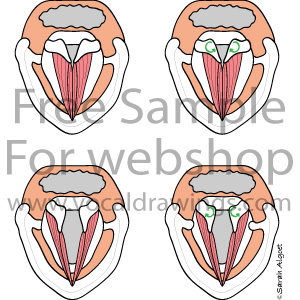 Dear colleagues, I need your help.

I’m going to update those tags, as they are confusing. Maybe even wrong? But before I do so, I’d like to throw it in the group, in the hope we can end up with a definite conclusion. Because there are clearly different opinions on this matter.

Here’s some of the conflicting terminology I have found in trustworthy sources. I think you’ll get the confusion :-)

I have my own ideas on what is “wrong” and how certain terms could both be “right”, but as I said before,  I’m throwing this in the group.

So… Is there a terminology we can agree on? Which terms are being used in the latest research? And most of all: Which terms create the least confusion for our students, clients and patients? 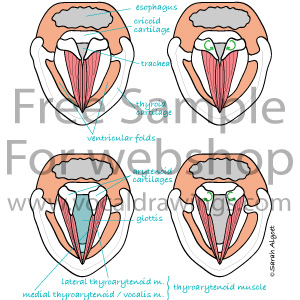